From Arsenal To Uxbridge – The Piccadilly FC Story. By Alex Irons

FROM ARSENAL TO UXBRIDGE – THE PICCADILLY FC STORY. PRODUCED BY ALEX IRONS 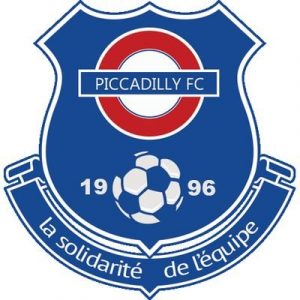 BRIEF – Comission Sent To talkSPORT.
From Arsenal To Uxbridge – The Piccadilly FC Story follows current London Underground Football League Champions ‘Piccadilly FC’ as they look to regain their title and win 3 league titles in 3 seasons. This is a one-off short documentary that will have a look at the way the team is structured, as well as the history of the London Underground Football League as it heads into it’s 25th season. The documentary will include interviews with the coach and with the players who take time off work to play in the team, and how they feel about the team going forward.

I already have match audio from two of their matches against Metropolitan FC and Hammersmith & City FC, which also includes interviews with players and the coach. I still need to record audio while on the London Underground itself, as well as scripted audio in the studio. I will also be interviewing their manager more in-depth, as well as the players at their next game, which is their last before their winter break.

The target audience of this short documentary are people that fall into the 25-34 demographic and have a keen eye for non-league/niche football teams. 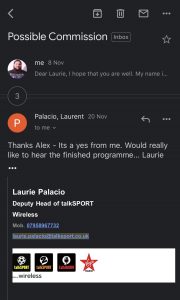 Since the formation of the Football League in 1888, Football teams all over the United Kingdom have popped up in every major city, town and village. Although some teams in the early days of the Football League were formed to represent factories and other lines of work which included engineers and workers on the docks. Over the years, these factory teams have turned professional and turned into some of the biggest football clubs in the country, most notable are clubs like Arsenal, Manchester United and West Ham United.

Workers clubs still appear up and down the national football pyramid to this day and some organisations form their own leagues if the organisation is big enough. One of those organisations also happens to be one of the most iconic transport networks in the country, ‘Transport for London’, who are responsible for the London Underground, Overground, Buses and the Tram Service in London. This documentary follows the current London Underground Football League Champions ‘Piccadilly FC’, who look to maintain their title for the second time in a row and for a third time in their short history.

CUE: When you think of the London Underground…
DUR: 12’30
BACK ANNO: …rather unique football league.

Tweet
The Premier League isn’t the only league that is getting interesting this season, as we take a look deeper into the leagues and go on a journey with @piccadillyfc as they look to make it 2 division titles in a row in the @LULeagueLondon”.