How lonely are the students of London?

London is currently sitting at first place for ‘Top 10 Best Student Cities in the UK’. As it extends just over 45 miles and having a population of nine million, It’s easily one of the biggest cities in the world.

But, should it be at number one, or should people really know, how lonely it can be for students studying in one of the worlds biggest cities?

Student life is made up to be a mix of house parties, meeting new people, clubbing until the early  hours and maybe every now and then, studying . Although in reality, it’s easy to feel lonely at university no matter what campus / city you are in.

’55,000 people from around the world completed the survey, making it the largest study of loneliness yet.’ –  BBC’s Loneliness Experiment on Valentine’s Day 2018 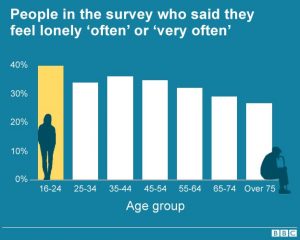 ‘Almost half of UK students (46 per cent) admit to having feelings of loneliness during their time at university, and 37 per cent consider dropping out.’ – The National Student

There are many reasons why students can feel lonely at university in London. For people who study in a campus base university (Bath, Brighton, Exeter ect) you have a much higher likelihood of seeing people on the same campus around town / city your university is based in.

However, for students in London, it’s a very sparse and densely populated city. Meaning seeing a friend could cost you just under £10 and a 40 minute journey every visit and of course over time this adds up, leading to people to eventually stop seeing each-other.

As London is one of the most expensive cities to live in, it’s also hard to find an activity that’s not too pricy and with students struggling enough as it is with money this doesn’t help the case. 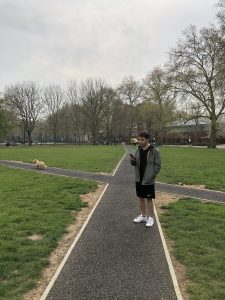 Loneliness is just like any other emotion and it will come and go, there are things you can do to help with the feelings. Reach out for help if you need it but also be there for someone else if you’re feeling more resilient.

Where to get help: