It has become a major concern that the number of young people losing their lives to knife and gun-related crime in London is increasing day by day. The start of this year has seen more than 50 people killed in altercations between gangs, unprovoked attacks or ‘wrong place, wrong time’ scenarios. Many of the voices from these urban areas of the city tell the media about why they feel it necessary to carry knives, with substantial emphasis on protection but that fundamentally they feel neglected and let down by society and media representation. 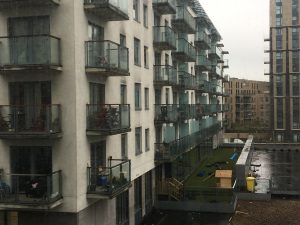 The stereotypes surrounding council estates and gang cultures often make it difficult to understand and to empathise with those involved. It often creates a false interpretation that because we are not directly integrated with a certain culture, that means we are not at risk. But the fact of the matter is that there are a variety of lifestyles happening a lot closer to home. As a student in London, as someone who travels all over the city at all different times of the day and night, it made me wonder: what exactly do the student population of London make of these headlines? Are they concerned? Or has media divided cultures so we think we are unaffected?

Speaking to a variety of students, from those brought up in London to international students, I wanted to get a range of thoughts and opinions on how London’s violence affects their daily lives from what they might be used to. Here’s Erin, a first-year living in Wembley, discussing how the headlines have impacted her life:

I also spoke to Alexis, a post-graduate international student from Greece, who discusses how he deals with the threat of attack:

So it would appear that students are concerned. Several participants were shocked to hear about the number of deaths so far in 2018, and also recounted tales of police cars and blue light scenes outside their homes, but fundamentally, they don’t let the scenarios affect them. It’s not a case of ‘if we don’t think about it then it isn’t real’. Instead, they employ an attitude that is relentless in achieving what they came here to do.