Is the government and schools killing creativity? 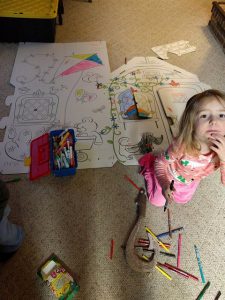 Cuts are being made and schools are facing a lack of funding for subjects. The arts are becoming the least of schools priorities. More and more schools are loosing allocated time to creative subjects, some schools are even taking them off the curriculum, and there have been dramatic drops in people taking up art A-level. The Arts Council England has lost, £7.2m grant-in-aid since 2010.  But why is this bad and why is it still important to keep them as options for children?  Children have wonderful imaginations and really like to write little stories, make music, draw pictures and invent characters. Why doesn’t this carry on throughout their later years and into adulthood? Are they limited by their education? This package explores the issue.

A TED talk by Ken Robinson called “Do schools kill creativity?” is mentioned at the end of the package. If you would like to watch this to learn more about creativity in the education system here is a link to the video on Youtube: https://www.youtube.com/watch?v=iG9CE55wbtY

CUE: After the Government’s decision in January to praise students doing subjects like science, technology, engineering and mathematics with a new type of GCSE award, the public are questioning why the arts are excluded from this award. There has proven to be many benefits from creative activities and creative thinking that are essential for development, Phoebe Hutchings has more.

IN: “In January the government put forward plans….”

OUT: “……you can find it on YouTube titled do schools kill creativity….”