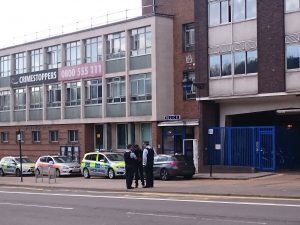 Knife crime has become a cause for concern for the residents in Harrow as of late. On the 27th February, 34 year old Mohamed Al-Zufairi died in hospital after suffering stab wounds to the chest outside of a Halifax on a busy high street in Wealdstone. This is just one of many recent similar attacks in the area. In late November of 2016 a more shocking murder took place in Harrow claiming the life of a 15 year old boy.

The crimes caused GLA member Navin Shah to write to London mayor Sadiq Khan, asking for “swift action” to be taken in the effort to decrease further knife crime in the Harrow and Wealdstone borough. Having visited the Ignite trust centre in Wealdstone Mr Shah noted that the volunteers and young people in the area all had a shared sense of anxiety on the matter.

Sadiq Khan has since replied to his letter offering his “heartfelt condolences” to the families of those killed. He has introduced proposals aiming to deter further knife crime all across London as well as the area. Said plans haven’t necessarily been detailed to the public but similar acts in the past which increased sentencing for carrying weapons are to be expected. Along with an increased police presence on the streets.

I spoke to Ignite Trust Centre Volunteer Joan Mckenzie to see how she felt about the crimes and whether she is confident the proposed plans will have an impact on crime in the area. 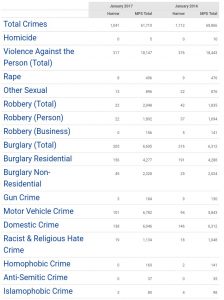 Statistics of crime in Harrow supplied by the Metropolitan Police

Despite the concerns and issues raised by Joan Mckenzie, statistics supplied by the metropolitan police actually show that crime has fallen in the area overall. However that doesn’t give people a great deal of comfort considering these attacks are barbaric and need to be stopped. As well as more effective policing, the general consensus is more needs to be done to educate young people and deter them from committing these crimes.