MP for Harrow East, Bob Blackman, can sleep easy after bill for rough sleepers is passed by Parliament 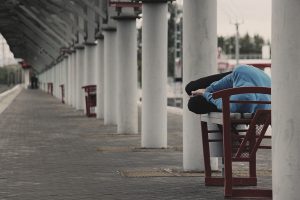 After being scrutinized and amended multiple times, Bob Blackman’s bill to help aid homeless people has finally been passed by parliament. The legislation’s official name; the ‘Homelessness Reduction Act’ will ensure that rough sleepers will no longer be turned away by their local council when approached for help. It will also help ‘prevent more people from losing their home’, giving support to all who ask, regardless of the size of the issue.

Blackman has also worked directly with the Harrow based homeless charity ‘Firm Foundation’, who help ‘relieve the immediate suffering’ of homeless people by holding night shelters, which now also accommodate homeless women, who make up around 26% of rough sleepers within the UK. (Crisis)

To find out more about the Firm Foundation, please visit http://firmfoundation.org.uk

Another notable homeless charity within London is Glass Door. A night shelter run by churches in West London, who also help homeless people get back on their feet. I spoke to Abbas, who tells us more about what they do when the night shelter is closed:

If you would like to get involved with Glass Door, Abbas tells you how to start: 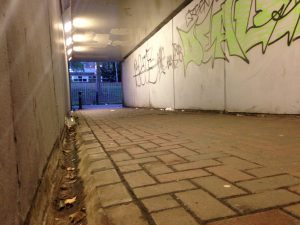 London’s poverty profile reports that in 2015 there were 7,580 rough sleepers in London. This number has almost doubled since the mid-2000s. One charity that most are familiar with is the Big Issue Foundation, like Blackman’s bill, there ethos is to help whoever asks for it. Having an ‘open door’ policy, and working with individuals who have asked for support with getting out of homelessness. They support venders by helping them create an individual route, determined independently, linking them with local services, and opening up opportunities that mainstream society seemingly doesn’t offer. With The Big Issue Foundation’s help, homeless venders become able to ‘open up bank accounts, access health services, find accommodation, meet their aspirations and reconnect with families and friends.’

To donate or get involved with The Big Issue Foundation, please visit www.bigissue.org.uk