On campus sexual violence is at severe levels in the UK

University is often referred to as the ‘best days of your life’ however for some this experience is shattered.  Sexual harassment and violence are at epidemic levels in the UK with a third of female students encountering sexual assault on campus, according to The Telegraph. This is an issue regarding all genders. One in eight male students have also experienced sexual assault on campus.  These deplorable statistics may possibly be even higher considering that statistically sexual violence is the most underreported crime in the UK. Lyndsey Dearlove, The violence against women and girls (VAWG) Partnership Manager at the UK SAYS NO MORE campaign explains how the UK can tackle this statistic. 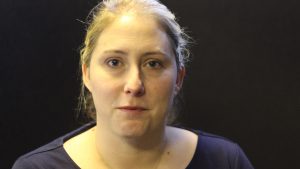 Sexual violence is often considered a taboo subject, but universities are far from immune to it. “One in five students will experience some form of sexual harassment during their first week of term alone” according to the campaign UK SAYS NO MORE. But why is this so high? Is it because of the distinctive student culture? Drinking. Late nights. Independent living. Never the less, these actions cannot hide behind excuses.

This issue is finally being accentuated. Hareem Ghani, The NUS Women’s officer announced a new research campaign earlier today at the NUS Women’s conference in Birmingham. Assisted by The 1752 Group, NUS is researching into sexual misconduct by university staff towards students across the UK, the report will be released in a year’s time.  The aim of the research is to propose change within Universities. However nothing more has been released for the time being by NUS. Lyndsey Dearlove discuses how universities can help to support any students that have been victimised by on campus sexual violence.

There are also current national campaigns taking place by charities like the UK SAYS NO MORE. The charity has launched an app this year, that includes services like recording a private journal, locating your nearest support provider, and an ‘Am I at Risk?’ questionnaire. As well as a week of activism against sexual violence called the UK SAYS NO MORE WEEK on the 15th -21st May 2017. 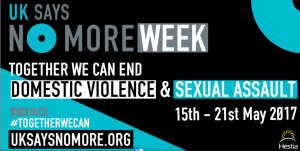 Do you have any concerns regarding sexual assault on campus? Visit the UK SAYS NO MORE ‘Get Help’ page.