Tattoos in the workplace has always been a controversial topic, but recently Acas a company helping employees with disputes called upon Employers to not let people’s tattoos stop them from hiring them as they could be missing out on the best employees. Phoebe Emerson investigates how tattoos can impact careers all the whilst getting her first tattoo done.

In: Swallows fly 200 miles every day

Out: I wont have to do that

I had my tattoo done at Studio One  by Joe Meakin. This is where i recorded my video on the tripod and Interviewed the tattoo artist as well as some other clients of the studio. 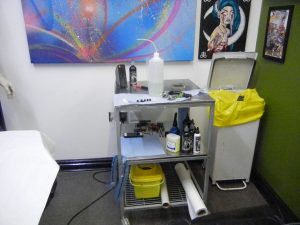 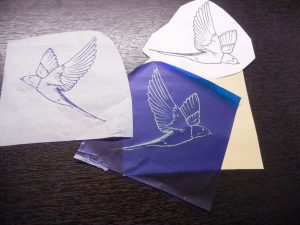 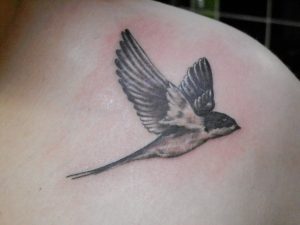 I found an article in the telegraph while researching tattoos in the work place which i found really eye opening and interesting. So i decided i wanted to contact DR Jenifer Baxter myself. The only contact information I could find for her was her twitter. So i followed her and sent her a few tweets, which she replied to and followed me back. Once she knew what i wanted her to do she Private Messaged me her email so we could further arrange when we could have the interview. We agreed on a date and I went to her office at her work (The Institution Of Mechanical Engineers) and conducted the interview there. She was a great interviewee and she gave incredibly long and helpful answers.

Jenifer was my main pro interview for someone working in employment with tattoos so i wanted a main interview of an employer/company/organisation with reasons against tattoos in the work place as to make it as balanced as possible. I decided against the police as there had been several controversial news articles recently about their views on tattoos:

At first I struggled to figure out who to contact in the police/how to contact them as I did not expect them to easily talk to a student about something that could potentially put them in a bad light. However,through an acquaintance of mine I had access to Hilary Hopkins who worked as PR at West Midlands Police (my home police force). So I managed to get her number and ring her up. She told me that police officers themselves would not be able to talk to me because it’s a controversial topic, but as PR she could give me the facts behind the police forces policy and no opinions. I accepted and we arranged a phone interview as we could not find time to meet in person. Her interview proved very helpful and helped me understanding the reasoning behind the Police Forces strictness a lot more and also connected with a point Joe my tattoo artist made in his interview.

Finally i went around London and conducted some voxpops to get an idea of the public’s opinion on tattoos in the work place.