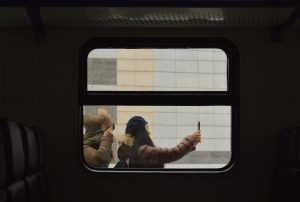 Visual sharing website PIXLEE defines the term ‘social media influencer’ as: a social media user who has gained credibility in a particular industry. The evolution of social media has created the opportunity for the everyday person to be their own boss and make a living. The industry has produced the likes of Patricia Bright, Natasha Oakley, Jack & Finn Harries and many more – who are now sponsored by major brands such as M.A.C and Dior.

Top influencers can find themselves earning thousands of pounds per post and have found that it has given them a way to bridge the gap to other creative fields.

In this package, I speak to 3 different individuals who could help to shed light on the industry.

Photo by Lina Yatsen on Unsplash

CUE: The social media industry is the hot new way to make a living. But how valid is it as a career path and how can you jump on the wave? Chloe Williams has more on this topic.

IN: “The initial rise of social media…”