Title: A Walking Guide around Haworth

Haworth is a small, quaint town that is famously known for the upbringing of the Bronte family. Famously, the Brontes are known for their novels, but not known for how hard their father fought for Haworth and its people. This walking guide features the voice of Judith, who tells the story of all the Brontes.

Haworth is a small village outside of Bradford and it was home to the famous Bronte sisters, who were known for their novels (Jane Eyre, Wuthering Heights) and poetry, in particular Anne and Emily Bronte.  The Bronte Parsonage Museum is the original house and this is the village they grew up in. The reason for this audio walk and its relevance, is that it has been 200 years since the father of the Brontes, Reverend Patrick Bronte came to Haworth.

The audio walk starts at the Bronte Parsonage Museum, just for a little introduction by myself, but goes straight towards the Sunday School, which was where the Bronte children taught the children of Haworth. Haworth itself and the walking guide goes around in a circle, so you end up back where you begin. The first section is talking and introducing the listeners to Patrick Bronte, Bramwell, Charlotte, Anne and Emily. It also focuses on the older siblings that passed away at a boarding school, which Charlotte Bronte later wrote about in Jane Eyre. There are sounds from Jane Eyre movie, which helps to tell the story and understand that even though it is fictional, it is the type of boarding schools they were sent too. This being because Patrick Bronte, couldn’t afford to send them to the rich boarding schools.

We then transition to the graveyard opposite, where Judith emphasises the amount of bodies are buried in the small land. It is famously known for its graveyard. The sounds that accompany this part are atmospheric and also archived sounds and royalty free sounds. Instead of it being just placed in certain sections, the audio is panned from left to right so the listener will be taken into the story being told.

There is then the walk to the Moores which are the main focus point as the most famous novel, Wuthering Height is based on the Moores. There are clips from the movies that have been added for drama. There is also more information on Patrick Bronte, and what he achieved for the Haworth community, which is important to learn about as it is always overshadowed by his daughters and sons accomplishments in life.

We then move towards the section where we learn about the brother, Bramwell Bronte. If the listener doesn’t know much about Bramwell, this section helps them to understand and learn why he wasn’t in the life of the Bronte sisters for long. As a fan of the Brontes and other fans who listen to the audio guide, they will start to jigsaw the puzzle and see what characters the Bronte sisters based on Bramwell. The sounds that are used are atmospheric and of its time. There is also clips from the BBC One drama film To Walk Invisible which I have included in the walking guide.

Then we go back towards the church where the Brontes are all buried in vault, except for Anne who is buried in Scarborough. The sounds used are found sounds, and there is panning involved too.

The Bronte family are famously known for the incredible work of Charlotte, Emily and Anne Bronte who wrote novels and poetry. Here is a walking guide, around the quaint village of Haworth, where they wrote the famous novels and poetry. Not only do we get to know the sisters, but the brother Bramwell and his father Patrick. Have a listen. 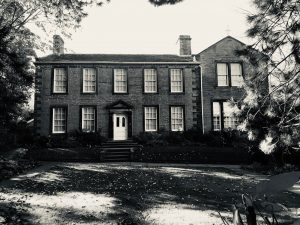 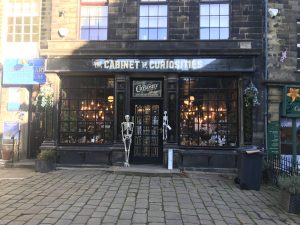 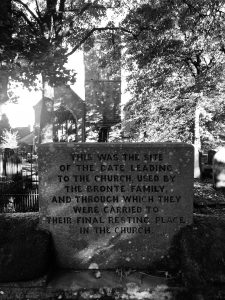 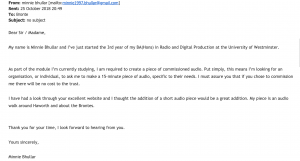