The Story Of 2AM – Connor Drew

A PRIVATE LINK TO THE AUDIO PIECE HAS BEEN SHARED WITHIN THE TURN IT IN DOCUMENT. 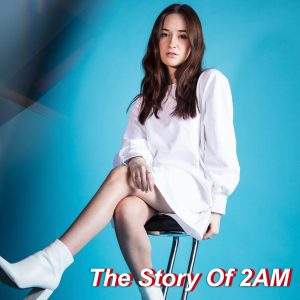 Ever wondered what ingredients go into making a pop song? It’s more complex than you might think!

22-Year-Old singer-songwriter, Bryony has been singing and writing songs for as long as she can remember. Fresh from graduating a music university degree, Bryony is venturing into a solo career. Along with her producer Joe, Bryony tells the deeper meaning of her brand-new track 2AM. Diving deep into the production, lyrics and final mixing of the future pop smash.

OUT: [singing] don’t need you”

THE STORY OF 2AM PITCH

A part of a brand-new podcast series for the BBC Sounds App via BBC Introducing, The Story Of… brings the stories of songs from rising artists and bands to life. Told by the artists themselves, including their producers and the people closest to them.

Emily Shaw aka Bryony is an upcoming alt-pop artist. She started her solo career in her university years. Recently graduated she’s about to launch her second single, 2AM. The Story Of 2AM is one that stems over two years. In this 15-minute podcast, Bryony tells the story of the song, going deep within the meaning and production as we follow her and her producer Joe all the way up to the release of the song.

“”2AM was the turning point, it was me telling myself, this where you unblock your phone and actually get them out of your life” – Bryony

Bryony has been working on 2AM for two years side by side with her musical partner in crime, her producer Joe. Now that she is finally releasing music and taking the step into a solo carrier she’s finally releasing it. The Story Of 2AM explores the deeper meaning behind the track diving into the lyrics, production and a little background behind the aspiring singer song writer.

Starting the track off in university, Bryony and Joe tell the story of how the song came to be from a distorted clarinet sound that Joe produced in his living room at home in Luton to how the song has evolved.

We will hear hilarious outtakes on vocal and harmony production and find out the real bond between these two musicians.

“I remember you sending me the song and playing it for three songs and thinking this is the best thing he has ever done!” – Bryony on the production of 2AM

Unlike many podcasts that follow the journey of songs, The Story Of builds up to the release of the song, ending with the track in FULL and even hearing fly on the wall audio from the mixing sessions from the song being mastered.