We have three more weeks until our pilot show begins. So far we practised our first session with the OB. In the first practice of the pilot, we worked with our schedule. I will be helping with the pre-production of the OB session such as decorating the studio where the OB performance will be held. It has also been decided that I will be communicating calls between studio 4 and 6, on the day.

So far I have designed the brand imaging for Lunch with Lauren. I ensured that the branding defined 80’s pop culture- The vibrant colour palette background design and the font. The design will be used for social media. 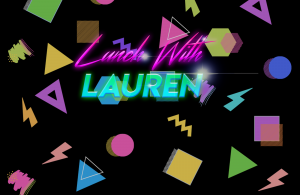 The idea behind the Boots adverts was a woman hijacks the shop assistant mic at a Boots store and makes an exciting announcement about the Boots deals and offers to come this season. In the store, all shoppers stop to listen and continue to listen when the announcement is over.

Today I did the final editing for the advert. I played around with the effects on Adobe Audition to create a microphone fx, including adding store ambient fx. Now to showcase the Boots advert to our Editor.

For next week I need to edit my second advert for Money supermarket. Including finishing off the jingles/idents and add some more brand images before the final week.

10 days left until our show begins. On Friday we practised the 2nd hour of the show. On the day we had to make sure that what we had was prepared so we could be included in the carts on Miyard what we had was 4 adverts jingles/ idents and music prepared. We had a meeting discussing the OB theme, what we have done and what needs to be done this week. The OB. performance has been given a name called ‘The Ballroom’.The theme is dedicated to 80’s prom which was popular in the 80’s. proms were seen widely through 80’s teen flicks. Such as Pretty In Pink (1986) and Footloose (1984).I will be helping with the decorating studio where the OB will be held. Another task for me is to edit one of the sections ident titled ‘That Takes me Back’.

This week I re-designed the logo as there were some minor issues with the design. I arranged the shapes and font by spacing them out.

Here are the final results… 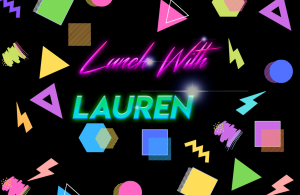 For the advert, I sent my final script over to a voice actor. My goal for this week is to finish off the editing before our next session, so it can be included in the myriad carts.

This week I want to make sure that I have included last-minute touches to the branding visuals. Hoping to get all my task done as soon as possible.Including edit one of the sections indent titled ‘That Takes me Back’.